Download Add to Lightbox Add to Cart
Image 1 of 1
Bogside_Derry009.jpg 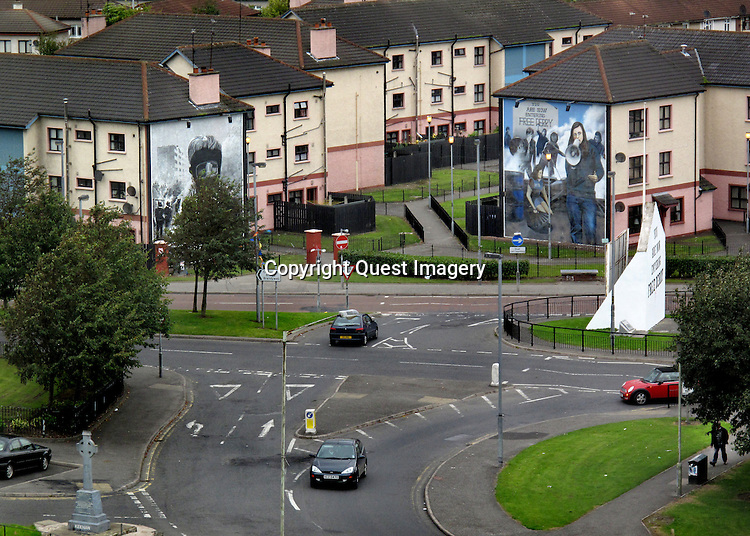 A view of the Rossville Flats with some of the murals by The Bogside Artists. The artists are a trio of mural painters from Derry, Northern Ireland, consisting of Tom Kelly, his brother William Kelly, and Kevin Hasson. "The People's Gallery" series is their most famous murals.

"The People's Gallery" by the Bogside Artists depicting all who were killed by the British Army during "The Troubles" in the Bogside.

The have produced a range of works of art in various mediums. They are best known for the wall murals that they painted in the Bogside area of Derry, Northern Ireland. In 2008 The Bogside Artists completed another mural so at present there are twelve large wall murals on view in the Bogside.


"The Troubles" was a period of ethno-political conflict in Northern Ireland which spilled over at various times into England, the Republic of Ireland, and mainland Europe. The duration of the Troubles is conventionally dated from the late 1960s and considered by many to have ended with the Belfast "Good Friday" Agreement of 1998.