Download Add to Lightbox Add to Cart
Image 1 of 1
Milltown_Cemetery022.jpg 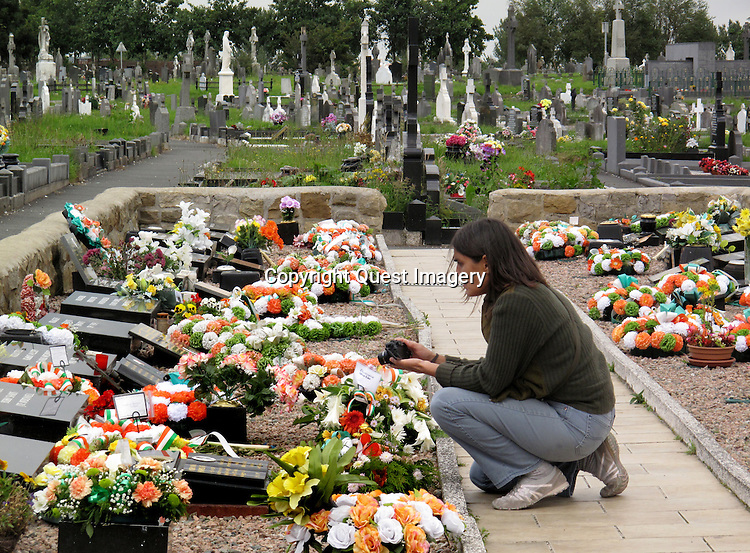 A view of the 'new' Republican plot at Milltown Cemetery in Belfast, Northern Ireland.

Milltown Cemetery is a famous landmark the world over due to the Republican graves in the 'New' Republican plot contained within it most notable being that of Bobby Sands, the 1981 hunger striker who died in the H. Blocks.

The plot was purchased by the National Graves Association which contained 46 graves, each to accommodate four burials, of those buried in the new plot are three of the ten hunger strikers; Bobby Sands, Joe McDonnell and Kieran Doherty.

Milltown is an established landmark of Nationalist Belfast, is often identified outside the realms of normal everyday burials, with the conflict of the past thirty years. Being the main Catholic burying ground for the city it is intertwined into the legacy of conflict.
Photo by Mike Rynearson/Quest Imagery
Quest Imagery
Belfast, Milltown Cemetery