Download Add to Lightbox Add to Cart
Image 1 of 1
Bogside_Derry001.jpg 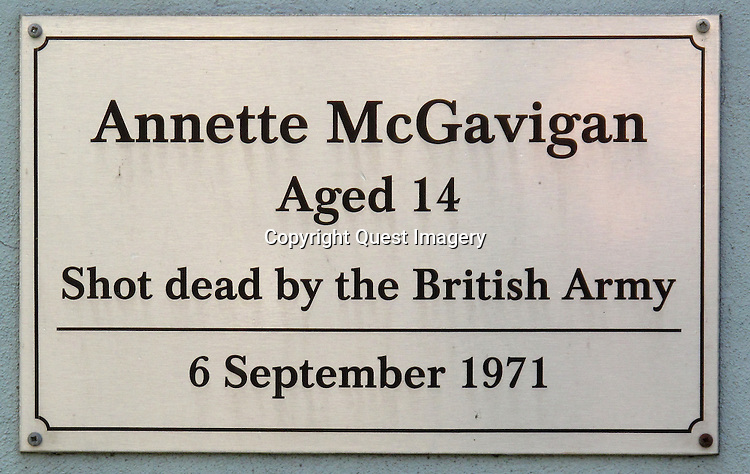 Annette McGavigan, a 14 year-old schoolgirl killed in 1971 during the early years of "The Troubles" displayed on the side of an apartment complex called the Rossville Flats in the Bogside, a neighborhood outside the city walls of Derry, Northern Ireland.

Derry or Londonderry is the second-biggest city in Northern Ireland. The old walled city lies on the west bank of the River Foyle, which is spanned by two road bridges and one footbridge.

The Troubles was a period of ethno-political conflict in Northern Ireland which spilled over at various times into England, the Republic of Ireland, and mainland Europe. The duration of the Troubles is conventionally dated from the late 1960s and considered by many to have ended with the Belfast "Good Friday" Agreement of 1998. Photo by Deirdre Hamill/Quest Imagery
Quest Imagery
Bogside-Derry, Northern Ireland