Download Add to Lightbox Add to Cart
Image 1 of 1
Milltown_Cemetery010.jpg 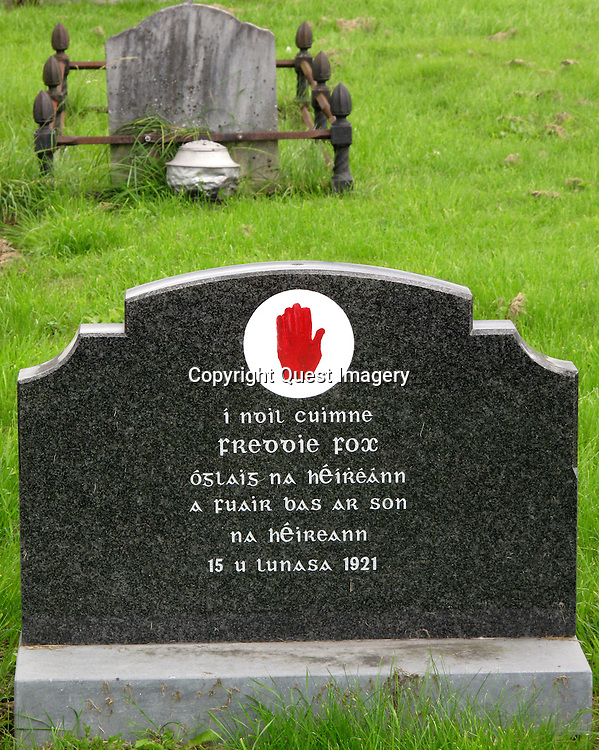 A new headstone dedicated to Volunteer Freddie Fox, the bloody red hand represents the UDA, Ulster Defence Association at Milltown Cemetery, an established landmark of Nationalist Belfast, is often identified outside the realms of normal everyday burials, with the conflict of the past thirty years. Being the main Catholic burying ground for the city it is intertwined into the legacy of conflict.